Basic strategy of LČR is sustainable management that aims at creating stable, high-quality forest with mixed tree species and with various spatial and age groups.

Forests managed in this way are the source of sustainable timber, forest mushrooms, berries and other products.

LČR is the most significant manager of areas under special nature protection regime in the Czech Republic.

Nature parks (outside protected landscape areas) protect the landscape character and cover another 20% of areas, which LČR is authorised to manage.

In 2004, LČR initiated the establishment of a charitable trust called Lower Moravia Biospheric Reserve operating in the reserve bearing the same name and approved by UNESCO in South Moravia www.dolnimorava.org.

European Diploma for Protected Areas of Council of Europe awarded to Karlštejn National Nature Reserve and Bílé Karpaty Protected Landscape Area is also an appraisal of the management of these areas carried out by LČR.

Over 17% and 20% of areas which LČR is authorised to manage are located in special protection areas (according to Birds Directive) and special areas of conservation (according to Habitats Directive), respectively.

Management of special protection areas is based on respective legal regulations (Government’s Regulations) that declare such areas.

Detailed information on defining individual special protected areas and special areas of conservation can be found at www.natura2000.cz.

Management rules for forest natural sites in special areas of conservation under Natura 2000 can be found here.

In 2015, the Saxon-Czech project focusing on revitalisation of peatbogs between the St. Sebastian Mountain and Satzung reached the finals of Natura 2000 Award, a prestigious European prize. It is awarded for successful conservation of European nature heritage within Natura 2000. 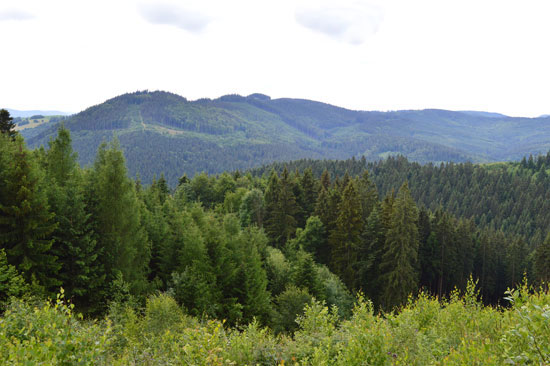 In 2002, LČR and the Administration of Protected Landscape Areas (currently Nature Conservation Agency of the Czech Republic, hereinafter as “NCA”) signed the “Agreement on Cooperation While Defining Forest Stands Left To Natural Development And Management-Free Forest Stands In Areas Under Special Protection And Their Monitoring”.

Based on this agreement, on 12 Czech and Moravian sites scientists monitor spontaneous development of forests that are not managed. This joint project of LČR and NCA is carried out on 848.3 hectares that are not managed by LČR. Individual proposals regarding management-free forests are made by respective LČR Forest Management Units or Forest Enterprise and respective Administration of Protected Landscape Area.

The monitoring (of the development) is carried out with cutting-edge methods by the Forest Ecology Department of the Silva Tarouca Research Institute for Landscape and Ornamental Gardening (RILOG, www.pralesy.cz).

Forests and conservation of endangered species

One of the most significant practical activities of LČR within nature conservation comprises the conservation of endangered animals and plants that is carried out in various ways. In the entire managed area, we basically try to maintain and re-establish an environment suitable for fauna and flora while respecting management aspects. We also support rare and endangered species by adopting specific, targeted measures starting from limiting, changing or fully excluding management activities (planting and thinning forest stands, timber harvest, etc.) over to active educating and raising awareness with public up to releasing endangered animals bred in captivity back into free nature, so called reintroduction.

Forest parks in the Czech Republic

The Forest Parks Standards were adopted in January 2010 as a concept of the Ministry of Agriculture. The first forest park in the Czech Republic was then officially established 13 May 2010 – Křivoklátsko Forest Park.

In 2017, Czech Republic Model Forest was established and it became a regular member of the International Network of Model Forests on 7 July 2017.

27 October 2017, LČR declared new forest park, Podkomorské lesy Forest Park, which copies the border of a natural park bearing the same name and spreading on both sides of Brno Dam.

LČR supports the integrated forest protection, i.e. nature conservation procedures that are as much environment friendly as possible.

Preventative measures such as strengthening resistance of the forest as an ecosystem by boosting its resilience potential are crucial. These measures include mainly gradual adaptation of tree species composition closer to the natural one (long-term goal) and increasing the predator populations (placing nesting boxes, increasing number of ant nests, protection of carnivores) as well as early removal of timber where calamity pests could reproduce.

We try to reduce the application of pesticides and to use them only when inevitable, i.e. when pests are gradating and are causing commercial damage.